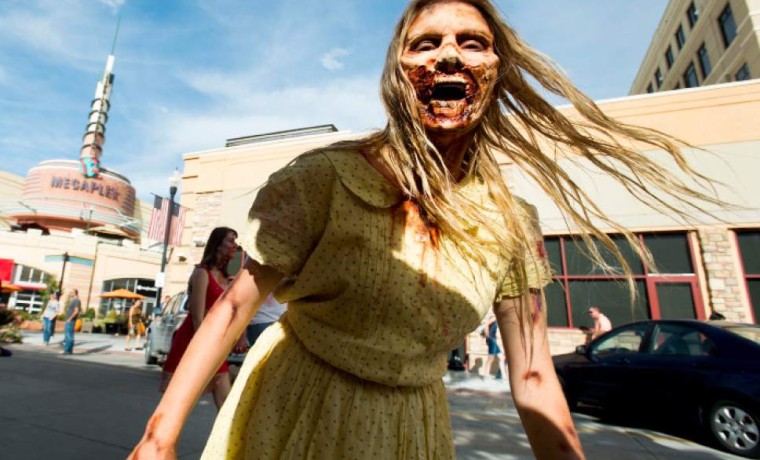 Since tomorrow is Halloween, we thought it would be fun to write a travel post that’s a little different, a little spooky. Nobody ever wants their vacation—or their travel plans—to be described as gruesome, but we’ll make an exception on this creepy holiday.

Some of the most popular shows and movies have to do with a phenomenon called “zombie apocalypse.” Basically, the world is taken over by some form of virus or disease that turns almost everyone into undead, walking corpse who prey on the flesh of the living. Those who are alive are small in numbers, and they must band together to fight the hordes of zombies and use all their energy and ingenuity to stay alive in a living nightmare.

In AMC’s “The Walking Dead,” survivors have traveled from Houston to Atlanta to the countryside to Alexandria, Va., with no luck of finding a safe place to settle down and build a permanent community. “The Last Man on Earth” is a comedy in whcih only eight people survive following a viral outbreak. There are no zombies to account for, but the few survivors in the show do poorly in Tucson before heading to Malibu, where they don’t fare much better.

So, if—heaven forbid—there ever is a zombie apocalypse, where should you go? Where can you travel to enjoy the best chance of living safely for a long time?

Well, according to a project undertaken by human resource company CareerBuilder, the major U.S. city best equipped to survive the zombie horde is Boston. Bean Town was rated number one based on several factors, including population density, research in the biomedical field, exports, job skills, and the ability to contain, fight, and cure the virus, as well as wait it out with food storage. The runner-up city was Salt Lake City.

All in all, those aren’t bad cities to visit, whether or not there’s a zombie apocalypse. Boston is rich in American Revolution history and architecture, and the food is fantastic. Salt Lake City boasts the famous Temple Square and easy access to skiing and other outdoor adventure.

The city to avoid at all costs should zombie herds become a reality? New York City. CareerBuilder decided that with how many people live in such a small space, The Big Apple would become zombie town in the blink of an eye.